I was running late for work that day. The weather was beautiful. The skies were a clear deep blue, virtually cloudless. The air was warm with a hint of impending autumn. It was an almost perfect day. My normal commute usually got me to the World Trade Center at around 8:45 but I missed the 8:00 train to Hoboken. Almost missed the 8:20. I ran for the train, got in, sat down and started reading a book, ignoring the world around me.

Around 8:50 as we arrived in Hoboken, there was a stir on the train. Something about a fire in the World Trade Center. I closed my book and looked toward the city, but the towers had already disappeared behind the train station building. As I left the train, an announcement came over the PA in the station: The PATH trains into the World Trade Center were not running. There were no other details.

The thought going through my head was, "Damn, now I'm going to be really late."

I wrote this to remember what happened that day without the hype, the drama, and the politics.  I wrote it for me, so I didn't have to carry the memories around in my head. Not that I can ever forget, nor do I want to, but I made the decision during the year afterwards to get all my memories down, while they were stll crystal clear.

I also think about all the people who died. My wish for the world is that we learn to make peace and we learn to live together. The world is a very small place and there's no room for hate. We need to learn from the tragedy of September 11th or we are doomed. Say "I love you" to someone special every day.  You may never get a second chance.

FIFTEEN YEARS LATER:
(I removed the rest of the epilogue. It was getting really long. If you want to read it. It's on the previous years' posts.)
Since last year there's been a lot of life happening.

My father passed away in December. He had full military honors at his funeral. The ceremony was exactly as he wanted. He taught us loyalty and devotion. My mother passed away around a month later in January. She taught us how to love. My little dog Josie died in February of a bad reaction to anesthesia during a dental procedure at the Vet's office. It was a shock and a surprise. She taught me how to have fun. I miss them all.

On the positive side, I'm in a new relationship and things are going very well. I'm very optimistic about it and I can't wait to see what happens. I am still living in Oldsmar. I was quoted in an article in the Washington Post. Ballroom dancing is still part of my life and my latest routines included dressing up as the Joker, complete with purple tuxedo and green hair, while Julie wore a Harley Quinn costume. We rocked the house.

EULOGY FOR A PUPPY GIRL: Nine years ago today, a little ball of fluff and ears came into my life. The funny thing about this is, I wasn't sure that I wanted a dog at all. On top of that, when I was confronted with a choice of which puppy to bring home, Josie was not my first choice. I wanted the one that was cuddly and gave lots of kisses. Josie was kinda bossy, pushing the other puppies out of the way to get at the toys and treats. Since the choice was not mine alone, I was overruled. The ball of fluff and ears came home and became Empress Josephine, Major Diva, Josie, Puppy Girl, PuppyDoodle,and then she stole my heart.

Josie was indeed headstrong and bossy. She didn't always come when I called her. She was smart as a whip and she actually knew people's names and the names of her different toys and treats. She hardly ever fussed when she had to take her pills or vitamins and it became a morning ritual where she would sit on her chair and wait for her pills. She loved to take baths. She refused to do a lot of tricks, but knew that when I said "sit" or "leave it" I meant it. As one of her tee shirts said, she was "too cool for obedience school." Since she was a tiny dog with a tiny bladder, there were times she couldn't wait until I got home, but she always went in an approved spot. Never on the carpet. She was always deliriously happy to see me, even if I'd only been gone a couple of hours. She was perfect for me. I can only hope I was good enough for her.

Last week, she came home again. Her ashes have been sitting on her chair by the sliding door that looks out into the backyard. Squirrels and birds are happily dining at the feeder I put up in her memory. Tonight, I'll put her ashes up on the shelf next to her feline sister, Anime.

Good night, Josie. Sleep well. You were a good girl.. 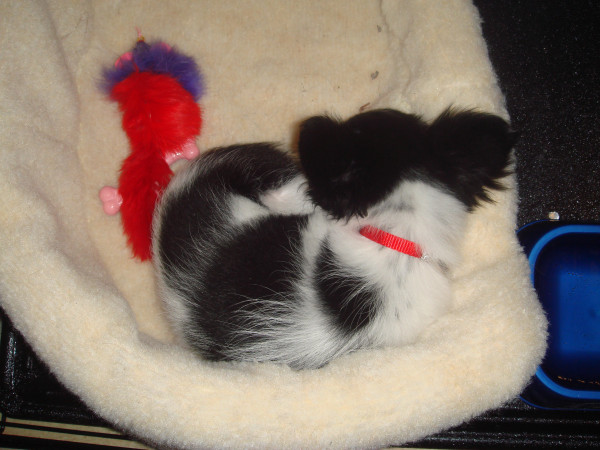 Just in case you haven't seen the news on FaceBook, my dog, Josie, died unexpectedly on Monday after an adverse reaction to the anesthetic she received prior to a dental cleaning at the Vet's office. She was 9 years old. 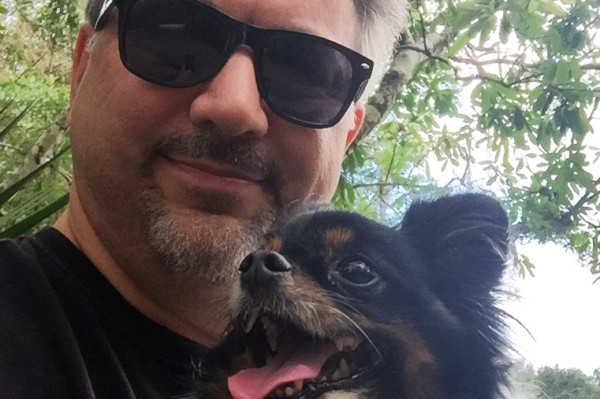 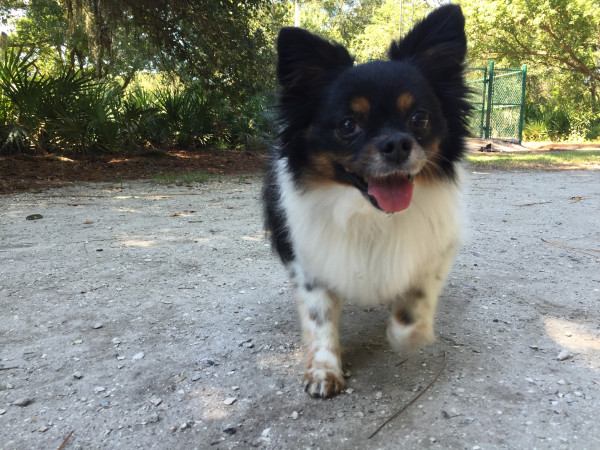 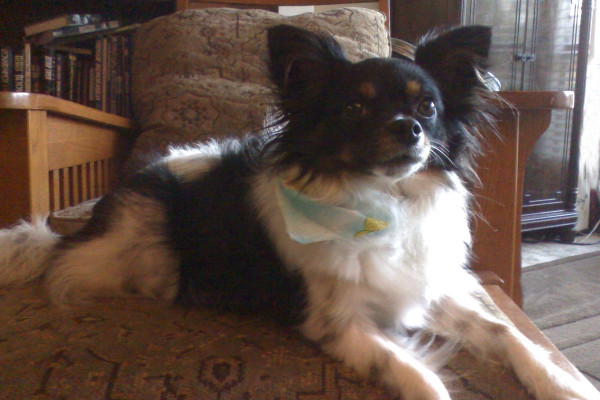